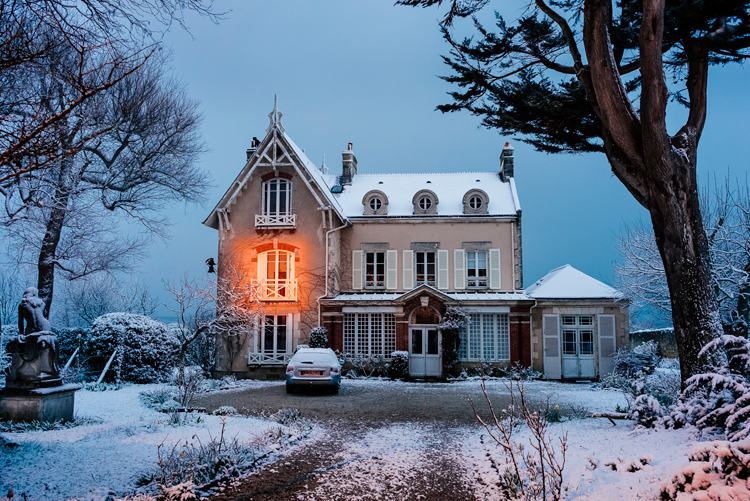 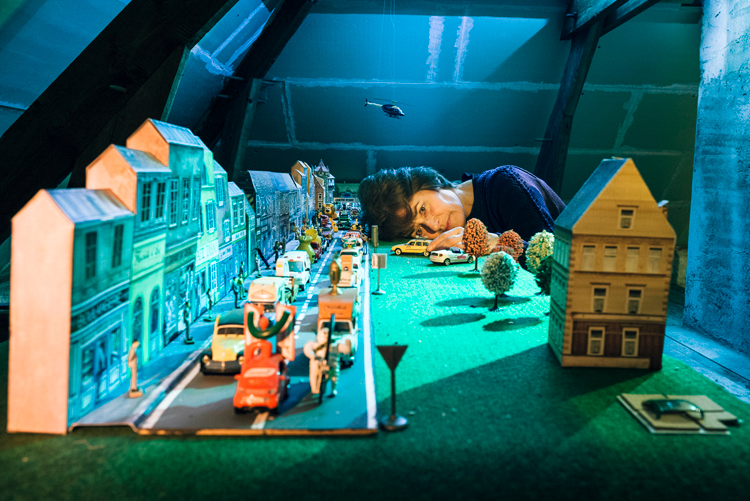 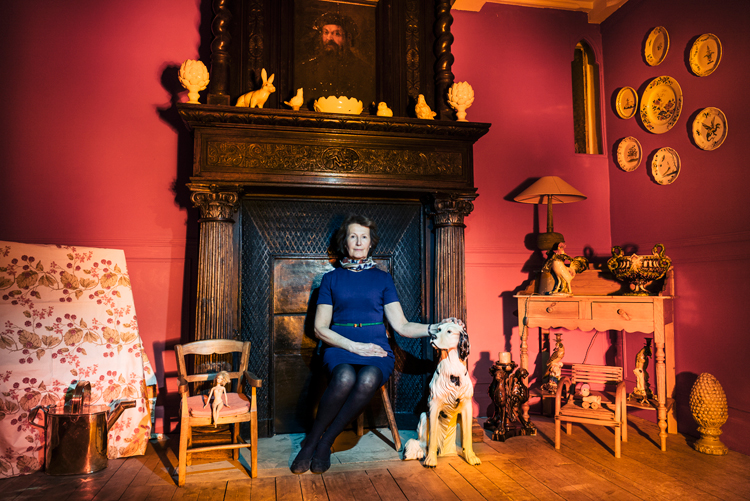 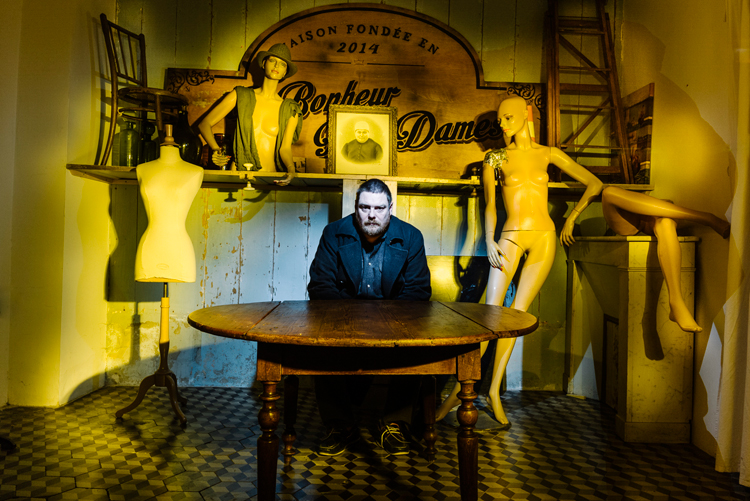 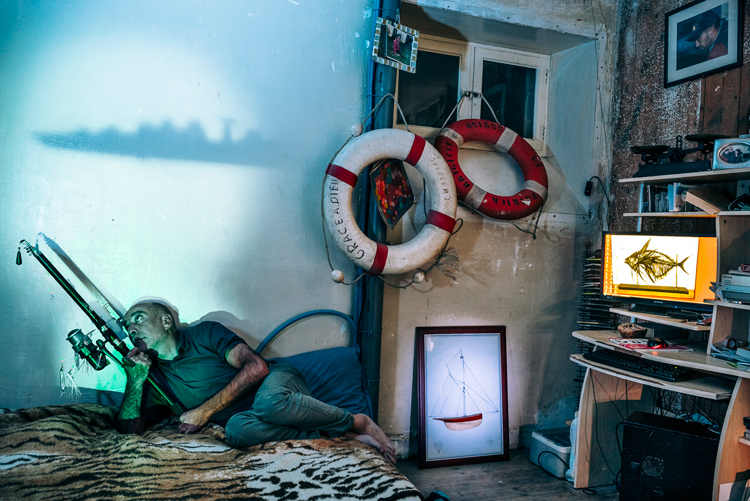 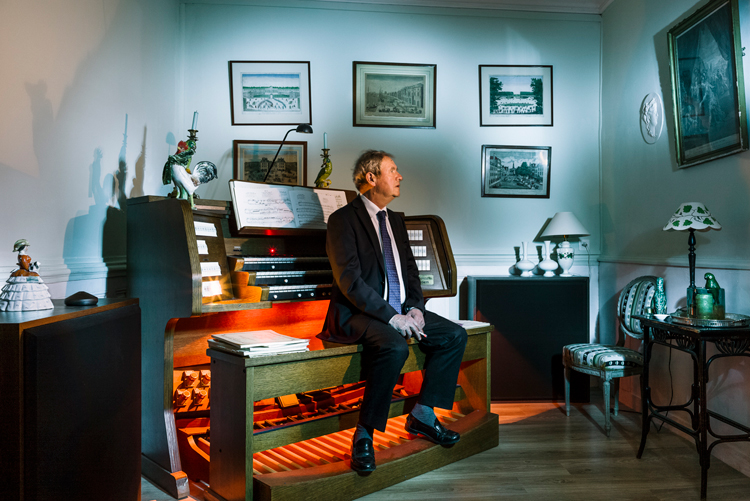 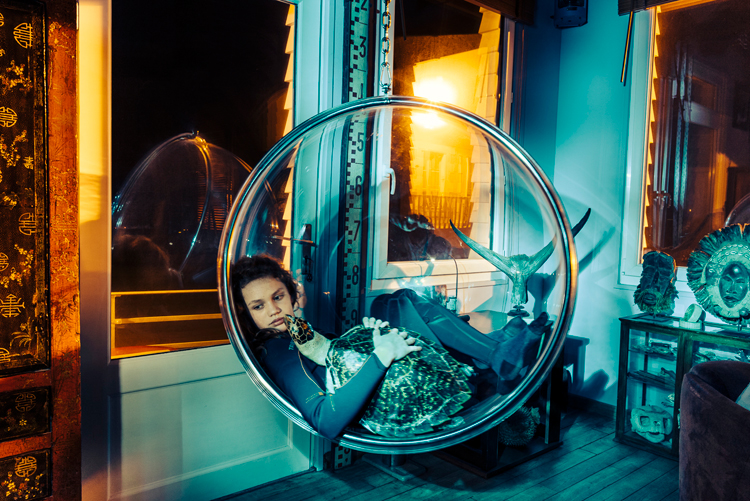 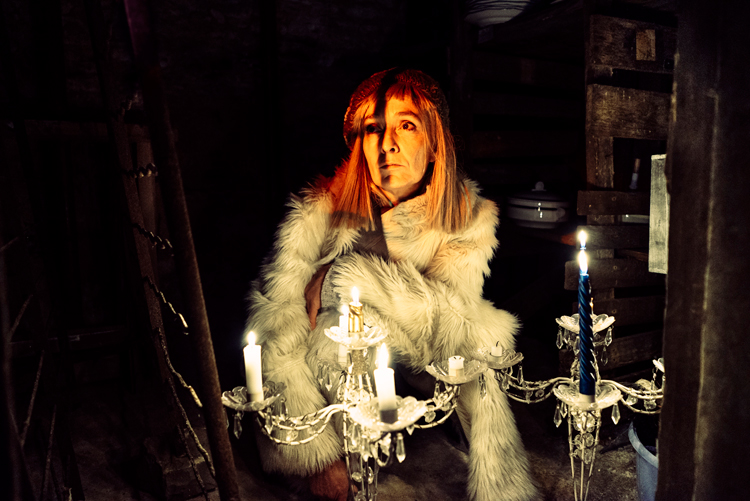 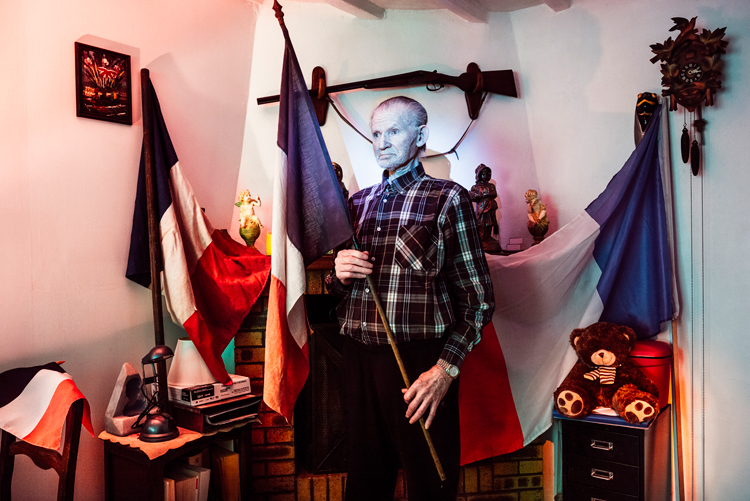 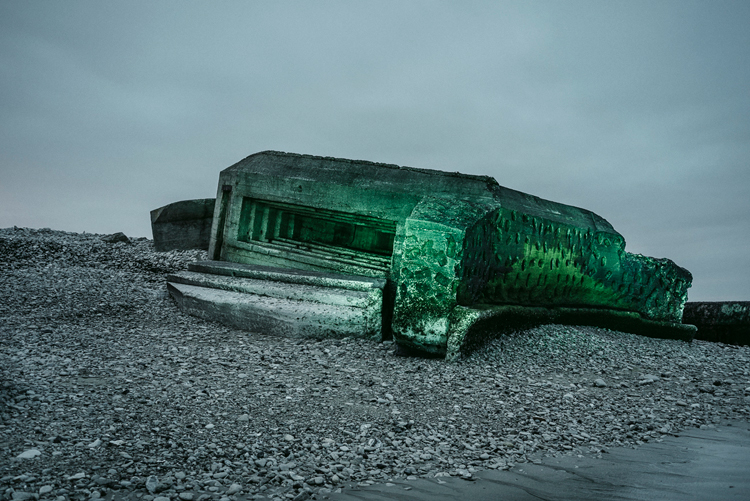 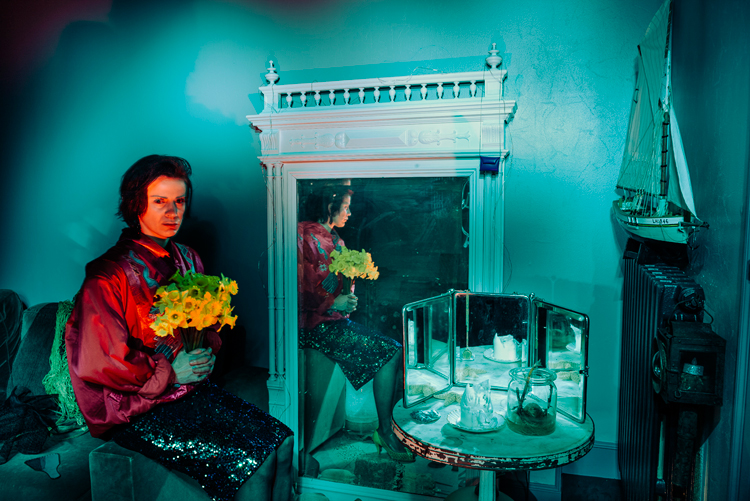 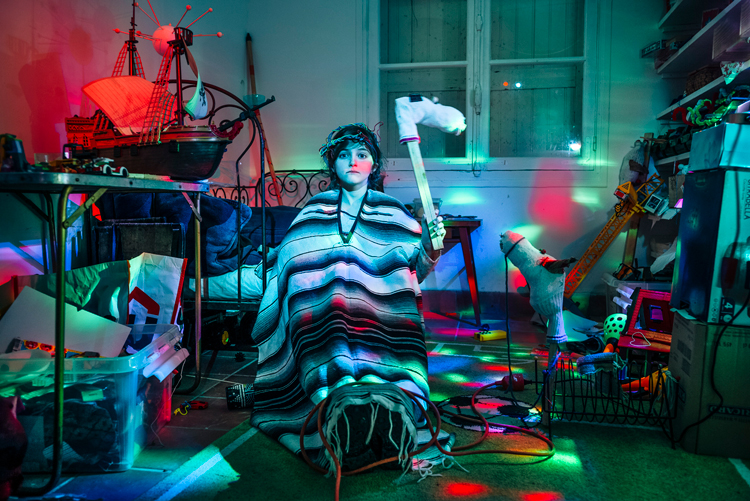 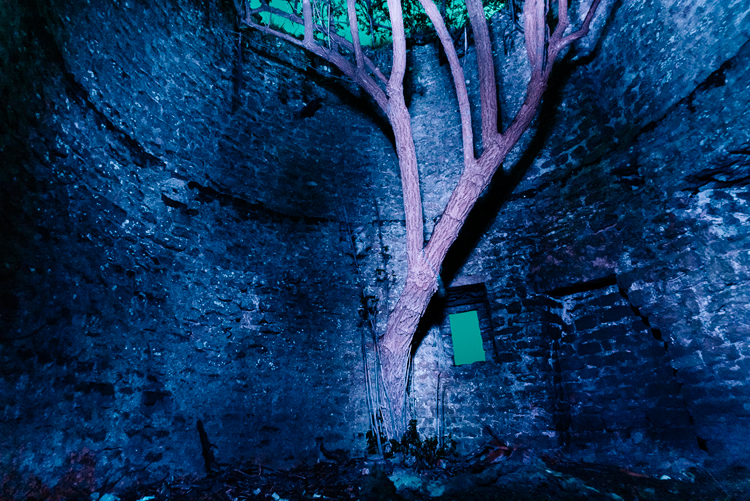 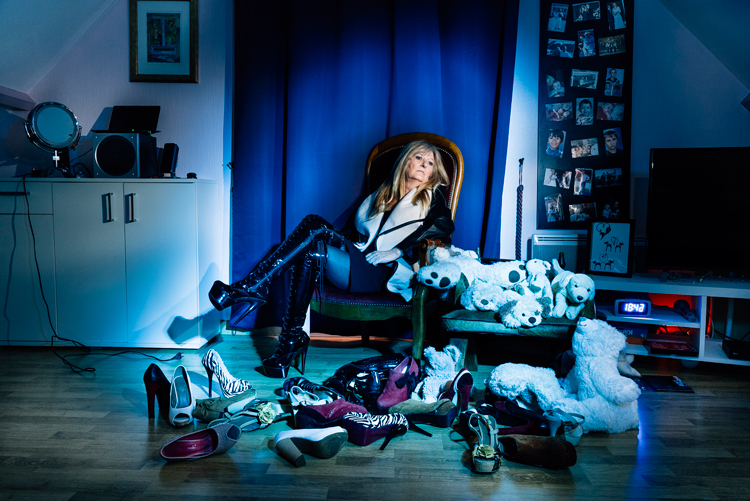 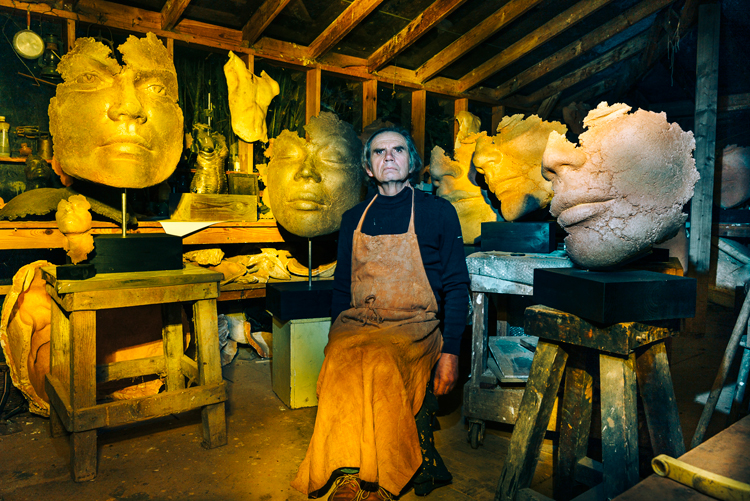 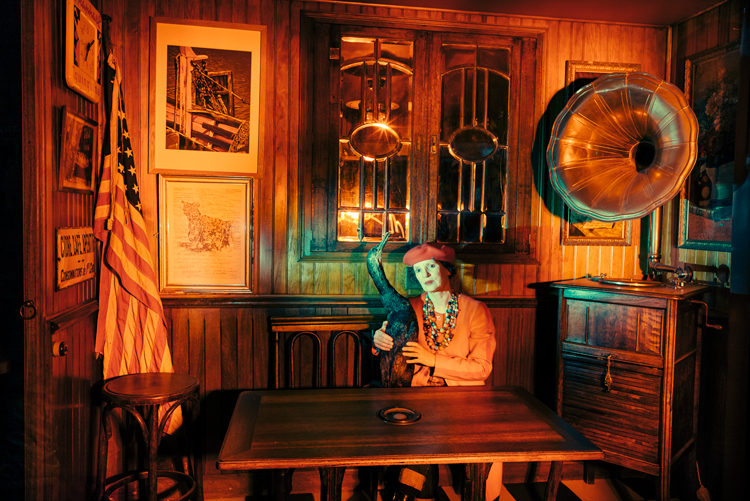 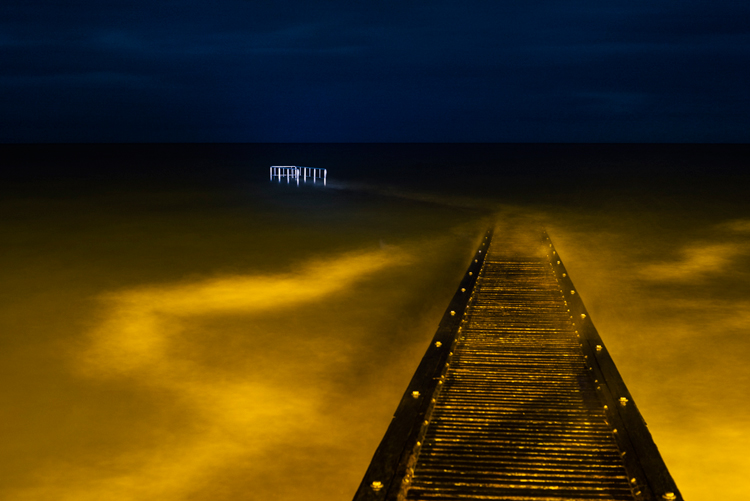 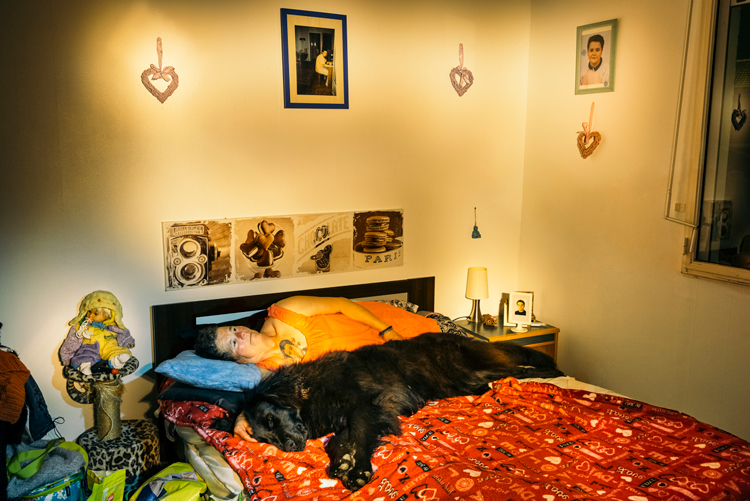 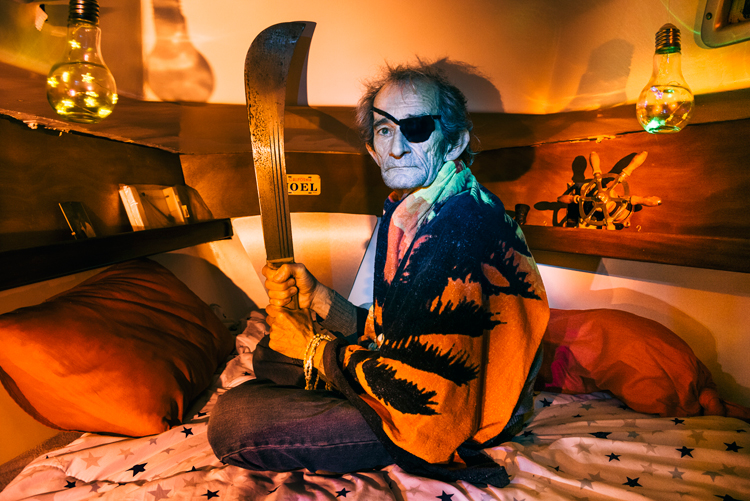 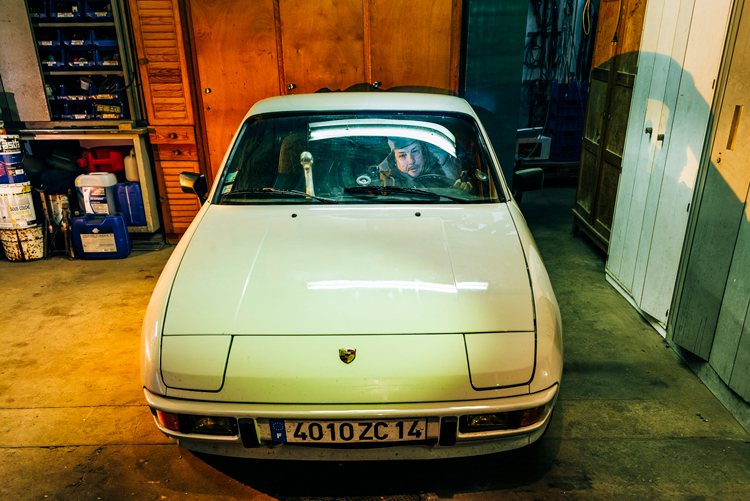 Grandcamp-Maisy, small city of Normandy in France, inhabited by the ghostly figures of the landing beaches and many shipwrecks, takes the form of a story where only the night brings out what should remain in the shadows. Nocte intempesta, at an hour of the alien night, the characters, such as fishermen, artisans, nobles and veterans deliver a world causing anxiety and fear. All the objects are there to reveal what comes out of the scary, which seems almost ghostly: collections of unusual objects, inanimate animals, shadows and auras where the image of the double comes to invade the whole scene. Nocte intempesta, where the tragic stories of these lands still haunt its inhabitants.

Vladimir Vasilev was born in Stara Zagora in Bulgaria. He began photography at the age of 15, while studying civil engineering. In 1998, he decided to devote his life to photography, and left his country three later to join France. His strong and intense images, like something out of an Eisenstein film, do nothing to hide his origins: Vladimir Vasilev is Slavic to the end of his lens. His work was particularly selected for the Prix Roger Pic with an exhibition at SCAM in 2010 and then in 2017, he was also part of the selection of the jury for the 2013 edition of Circulations. He received the special mention of the jury of the Grand Prix of La Samaritaine in 2013. Vladimir Vasilev is a finalist of the New East Photo Prize and exhibits at the Calvert 22 foundation in London and in Saint Petersburg at the Rosphoto museum. It is also part of the La France vue d’ici project, founded by the Images Singulières festival and Mediapart. He is currently in residence for a period of four years as part of the construction and restoration of the department stores of La Samaritaine, LVMH Group. 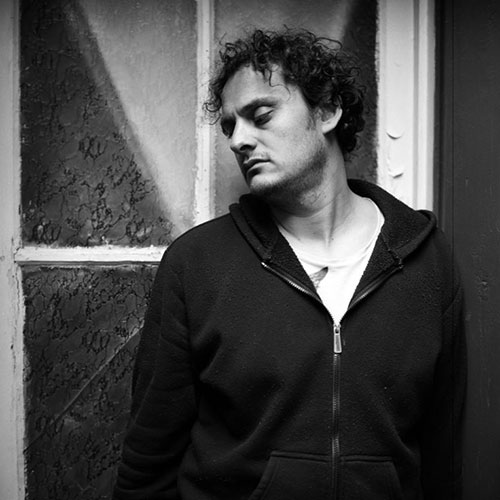