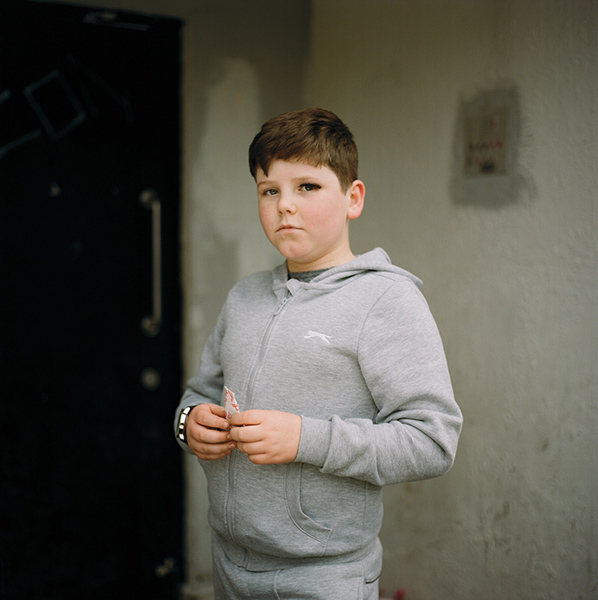 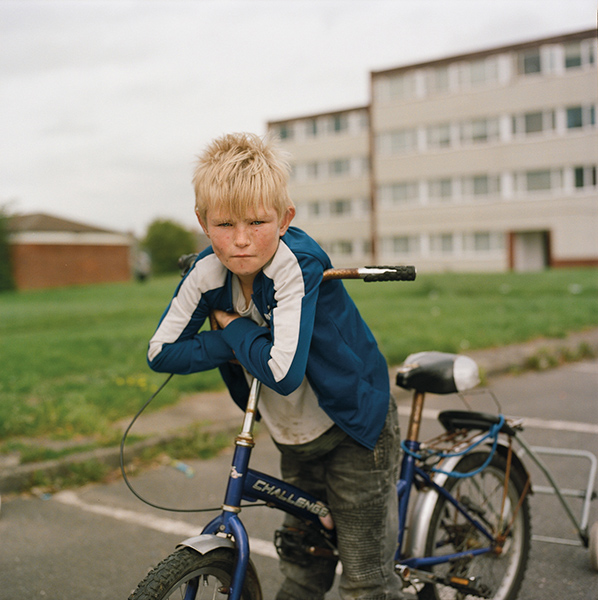 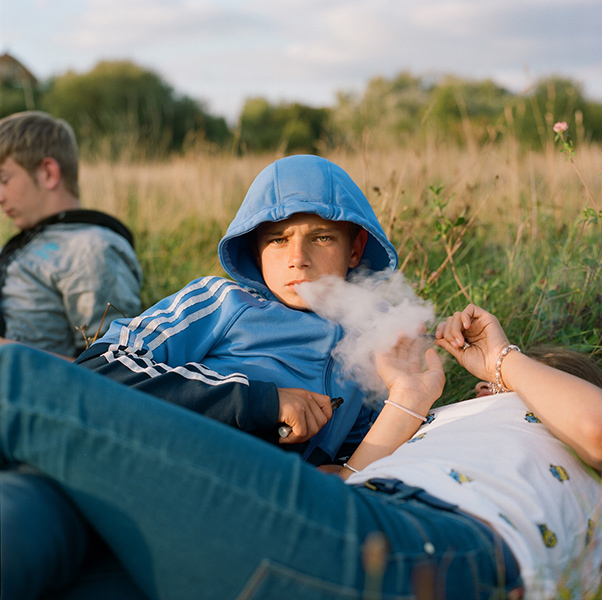 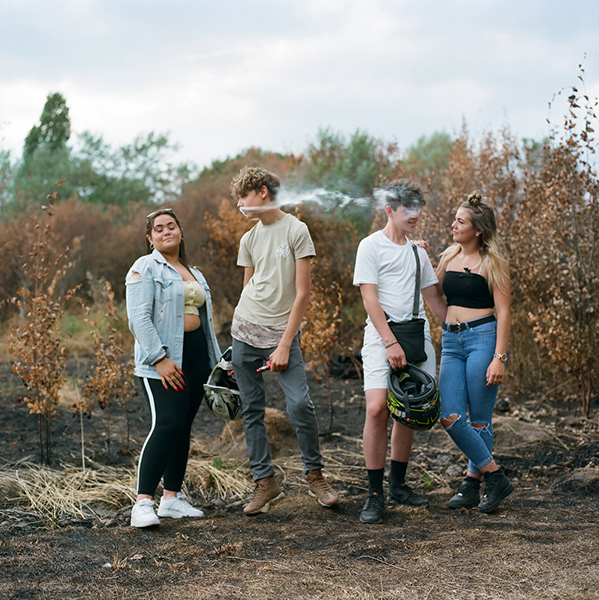 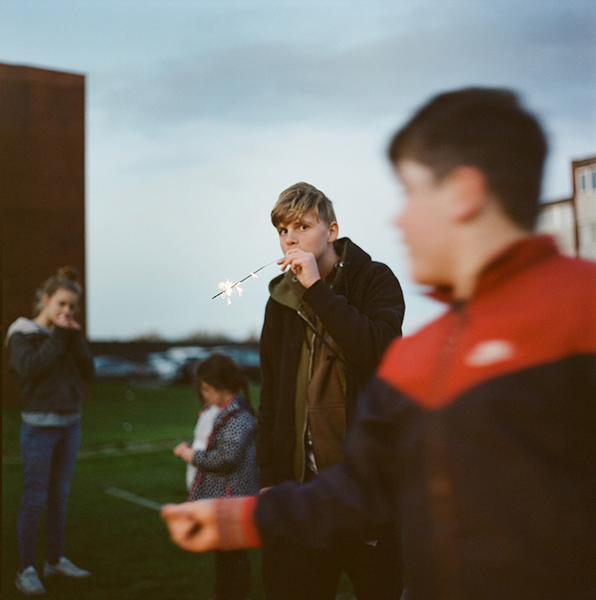 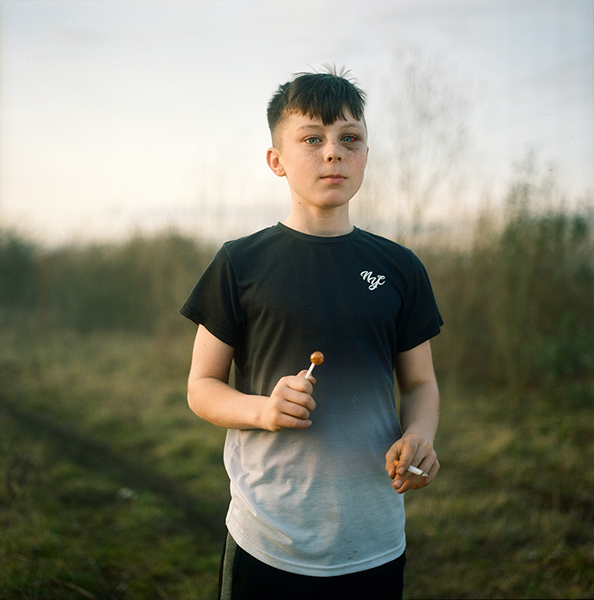 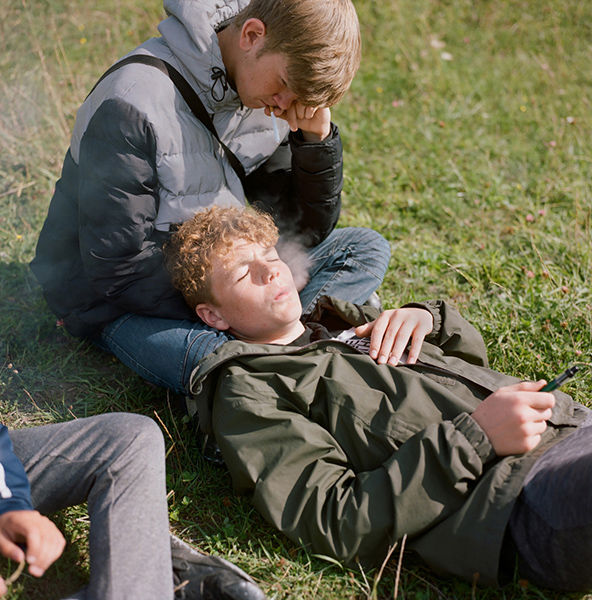 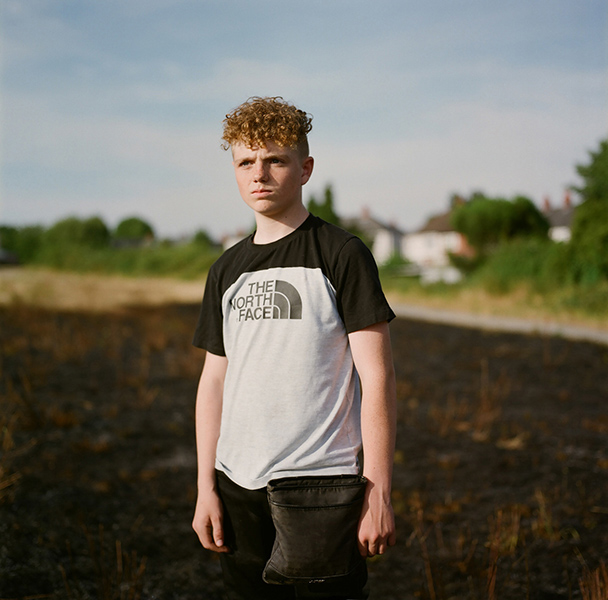 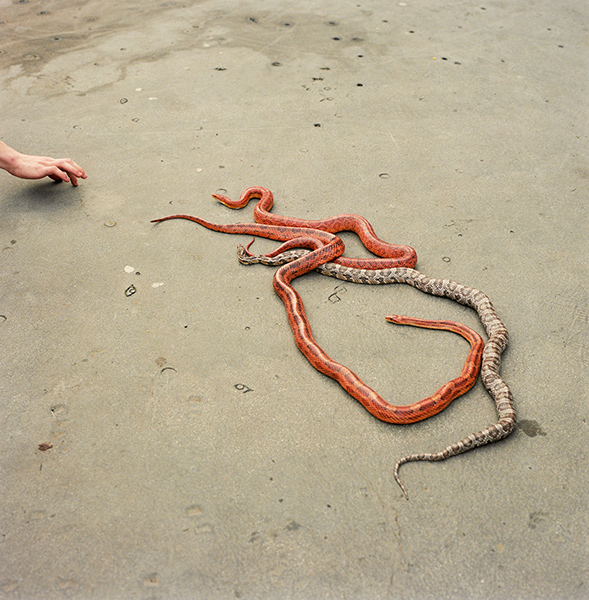 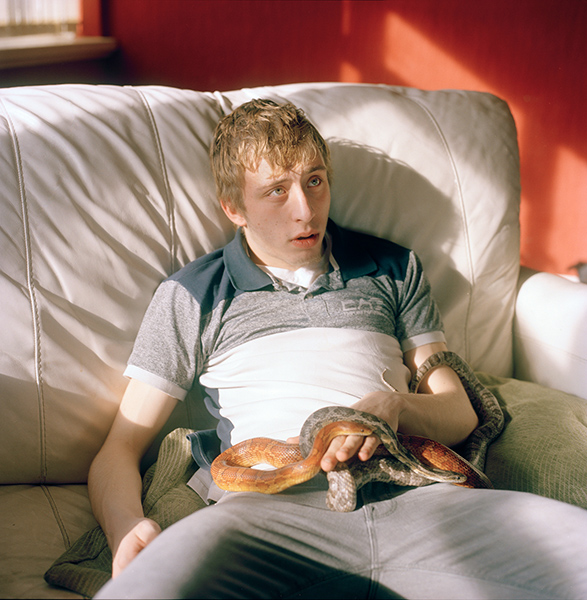 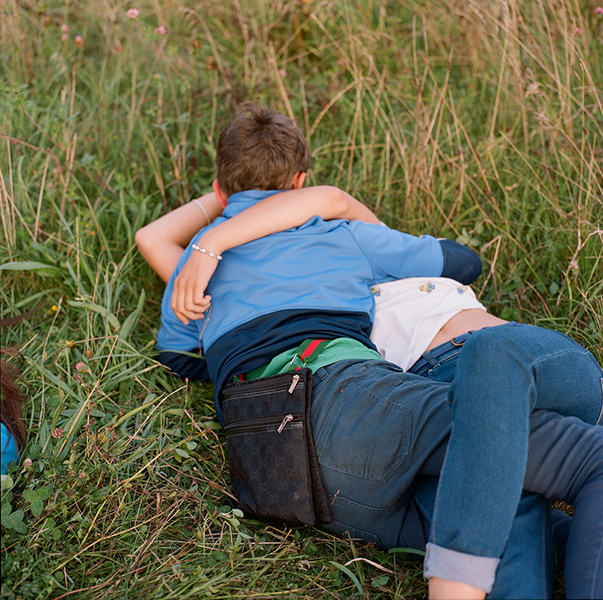 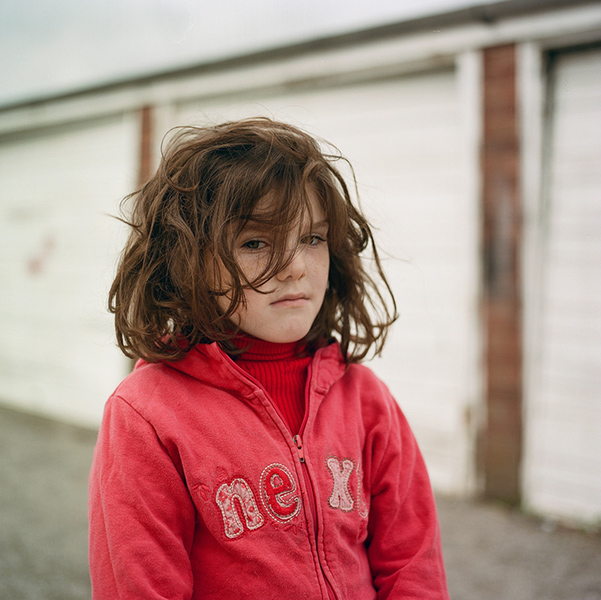 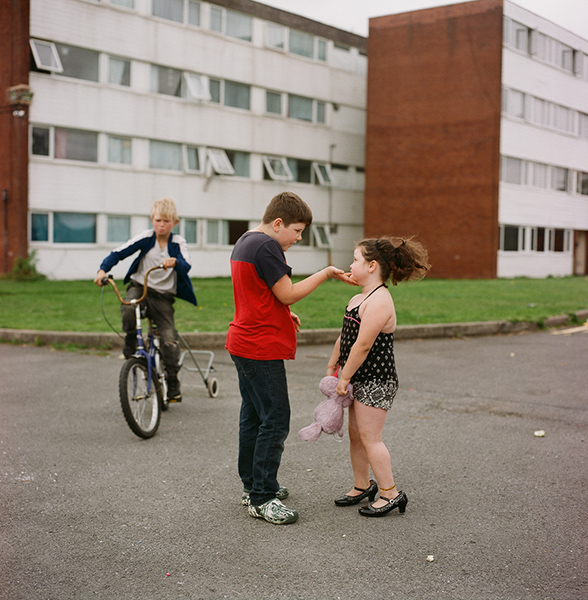 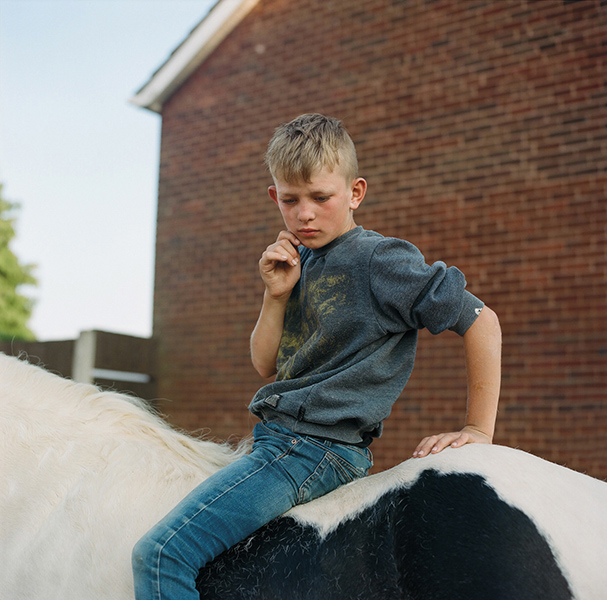 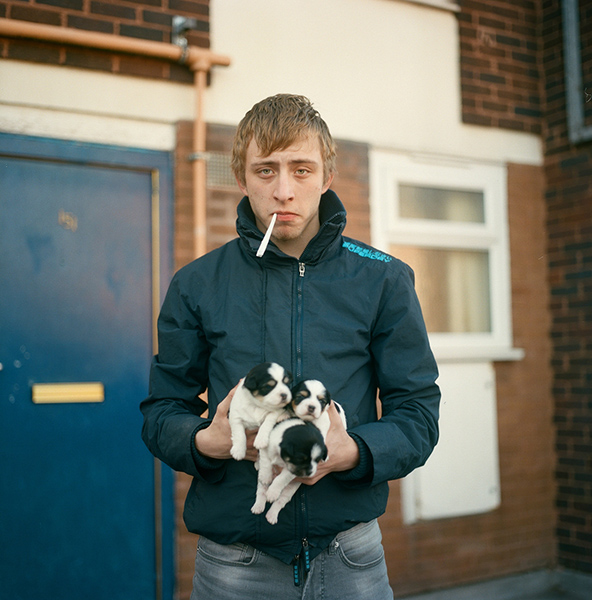 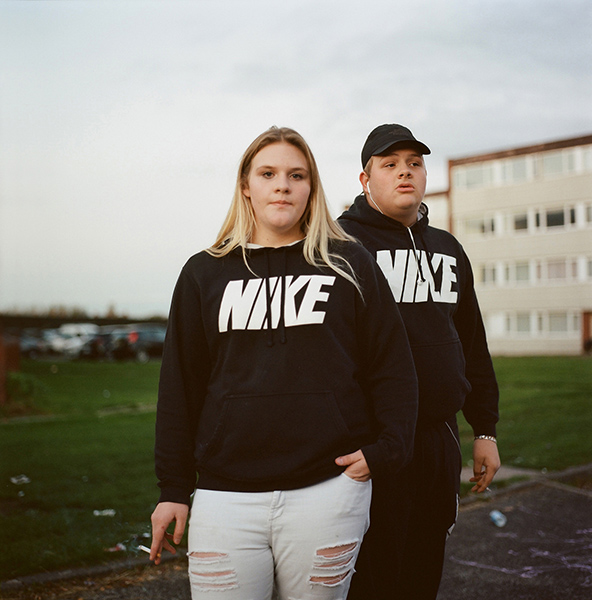 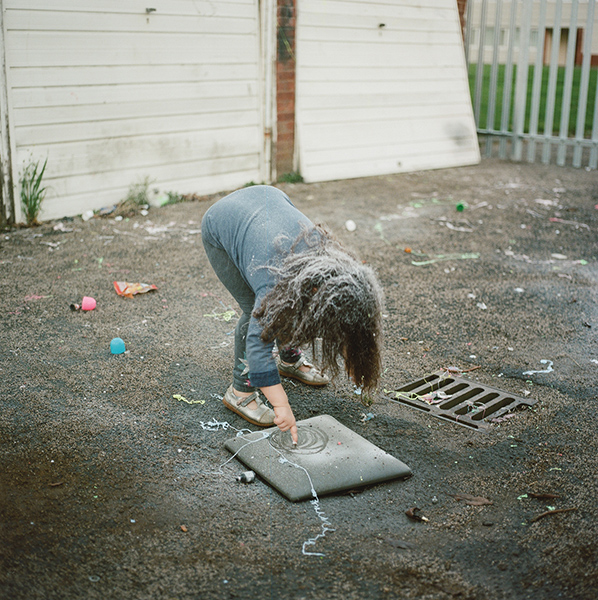 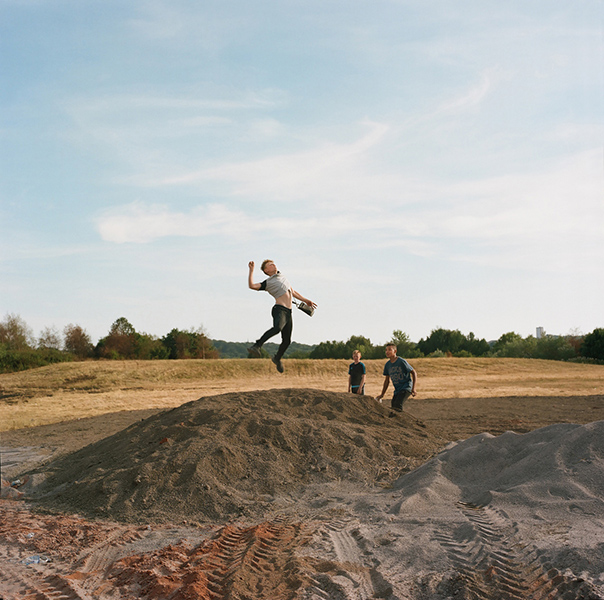 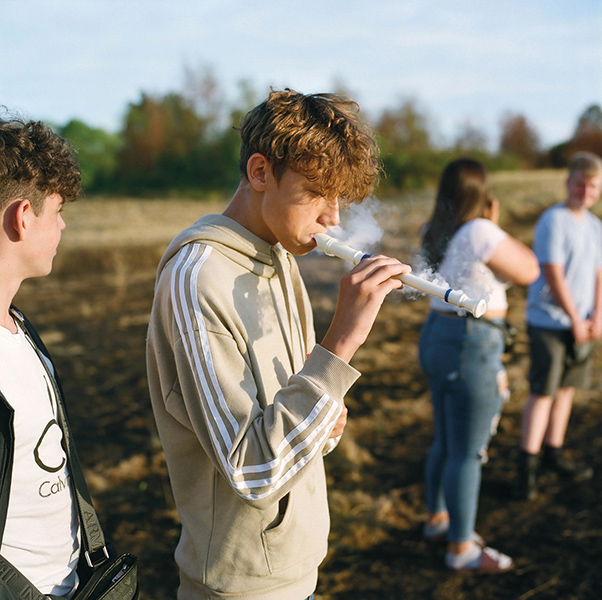 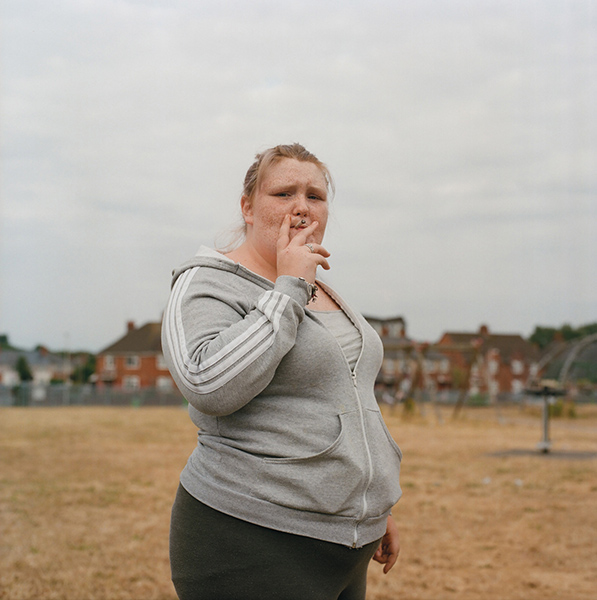 Through a narrow alleyway you enter the Cracker ;rolling grass lined with blackberries and stinging nettles. Motorbikes, peds and quads bark loudly at all times. The boys race them until they burn out, perfecting the art of the wheelie. Horses are usually kept in the back gardens or local stables and are just as popular. On the adjacent side lies ‘The Lost City Estate’. Most of the boys meet at Jack Barrett’s bars (a metal fence that lies to the opening of the field). They perch and exchange stories, cigarettes and zoots alight referring to each other affectionately as ‘Mush’

’I learn most when I walk with a camera; about myself and the company I share. I engage. I stop mentally. I listen.’Laura Pannack is a London based photographic artist.Renowned for her portraiture and social documentary work, she seeks to explore the complex relationship between subject and photographer. Her work has been extensively exhibited and published worldwide, including at The National Portrait Gallery, The Houses of Parliament, Somerset House and the Royal Festival Hall in London. Her artwork has received much acclaim and won numerous awards, among which are the John Kobal Award , Vic Odden prize, World Photo Press Awards, Juliet Margaret Cameron award and the HSBC Prix de la Photographie prize. Driven by research-led, self-initiated projects, Pannack seeks to fully understand the lives of those she captures on film in order to portray them as truthfully as possible. Perceiving “time, trust and understanding” to be the key elements to achieving this, many of her projects develop over several years, helping her achieve a genuine connection between herself and her sitter and allowing her to capture the intimacy, shared ideas and shared experiences of this relationship.‘Laura’s remarkable ability to build trust and respect with her subjects allows her to express a gritty vulnerability that is as sincere as it is elusive to capture.’Terry O’ Neill – photographer London based but I always have my toothbrush packed and ready to travel at any time 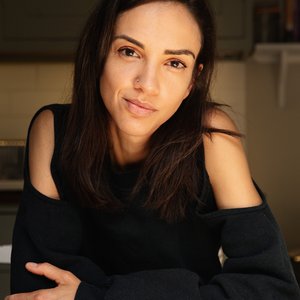